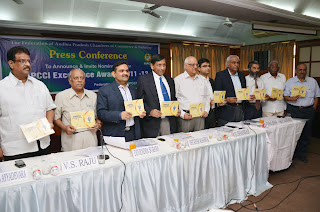 The Federation of Andhra Pradesh Chambers of Commerce and Industry (FAPCCI), a premier Apex Chamber with over 3,300 members in the State, has invites nominations for the ‘FAPCCI Excellence Awards’ for the year 2011-12.

Inviting entries for the 21 excellence awards, Mr. Devendra Surana, President, FAPCCI said that Excellence Awards have generated enormous interest and competitive spirit to achieve excellence in industrial organizations, individuals and scientists alike.  It is worthwhile to note that the FAPCCI Excellence Award fosters excellence not only in the corporate sectors but also individuals.  It is a convention that the Awards are presented by the Hon’ble Chief Minister of Andhra Pradesh. 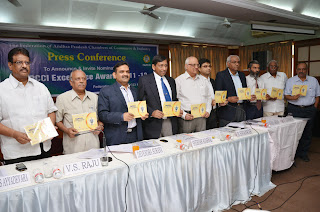 Mr. Shekhar Agarwal, Chairman, FAPCCI Excellence Awards Committee stated that the FAPCCI has instituted Excellence Awards to recognize corporate, institutions, entrepreneurs and individuals for their outstanding contributions/achievements in important areas and to promote corporate and individual initiatives in economic, social and research areas.

This year, we have introduced three new Awards, considering the potential, contribution and growth viz. Excellence in Agro Based Industry, Excellence in Tourism Promotion and Excellence in Association /Chamber for serving Industry, Commerce and State Economy.  We are sure this would encourage/help them to contribute more for the economic development of the country more particularly to the State. 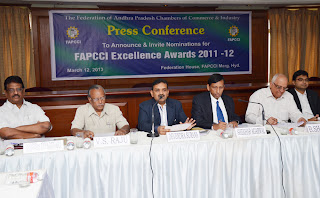 The awards are given in recognition in the following categories:

Awards are given for the performance in the concerned field of the company industrial organization during the year 2011-12. Deloitte is the Knowledge Partner and the Jury consists of eminent personalities.

The Awards Committee will be the jury and can enlist experts to adjudicate upon Awards, if necessary, in its discretion.