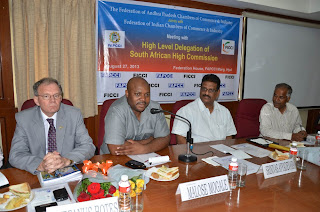 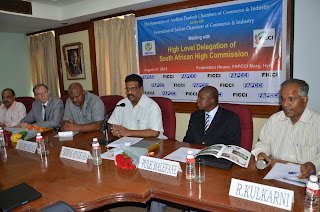 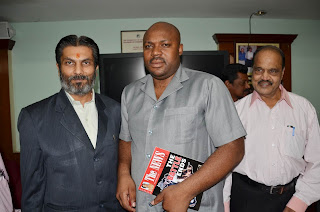 Mr. Malose Mogale stated that the South Africa is one of the most sophisticated and promising emerging markets, offering a unique combination of highly developed first world economic infrastructure with a vibrant emerging market economy. South Africa is one of the world’s 26 industrialised nations & 27th largest economy. The country is also regarded as the gateway to Africa. South Africa has the largest economy on the African continent, accounting for approximately 25% of the continent’s GDP. According to the World Bank, South Africa ranked 35th out of 183 in the world for the ease of doing business in 2012. The JSE Securities Exchange is Africa’s largest and most developed Securities Exchange and one of the world’s top 20 exchanges.

Mr. Srinivas Ayyadevara said in his welcome address. Is that the State of Andhra Pradesh is one of the fastest growing economies in India and became one of the hottest investment destinations among the various investment options in the fast growing emerging economies. The State is ranked 2nd in the country in attracting investments. In a World Bank Report, Hyderabad is ranked second easily accessible city in India for doing business.
Posted by Venkat at Tuesday, August 27, 2013