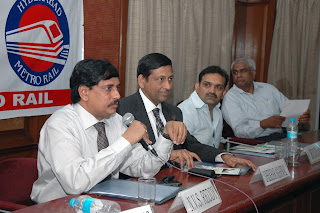 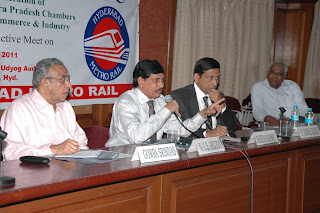 The proposed metro rail services, once made fully operational and expected to be in 2015, has the capacity to carry 60,000 passengers per trip during the peak hour in a day. He estimates that the number of passengers using the services could start with 15lakhs a day and go up to 25 lakh a day by the year 2025. Mr. Reddy said the project was expected to provide 50,000 jobs directly and lead to generation of ancillary industries. Mr. Reddy said that the proposed elevated metro rail system being built for the city by Larsen and Toubro Metro Rail is age gender and disabled eco-friendly too which brings about urban redesign and social revolution. 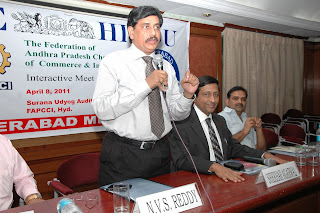 Mr. Reddy fielded a variety of questions on different aspects of the biggest infrastructure project coming up in the State capital during two hour interactive session.