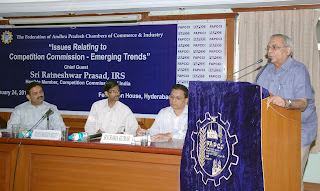 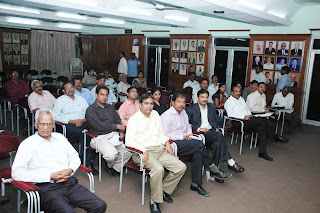 Competition Commission law brings innovation in markets, competition in a way leads to corruption; also this law is there in 120 countries in the world. In United States this commission called as federal commission and in Europe DG Trade commission. To start any business in India minimum time it takes 9 months where as in countries like Singapore it takes maximum 3 to 4 days. In Australia on the question of whether Competition Commission is having a teeth to bite, he referred to some of the provisions, that have been amended, it considered to be the criminal liability, for effective implementation. 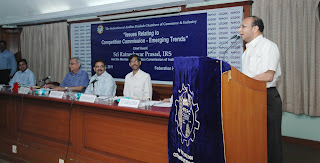 Mr. Prasad explained about the Competition Commission Law and its benefits to the professionals. He explained about the implementation of the CC act in its true sense,leads to increase in GDP / nations wealth. This in turn helps in improvement of human development index.

Mr. Devendra Surana, Vice President FAPCCI ,in his welcome address said that the present global scenario takes precedence over all economic issues, ranging from import, export, trade related activities and many economic & legal issues. India has responded positively to this current situation and is geared to adapt itself to the world wide trend, by opening up its economy, removing all control measures and resorting to liberalization. 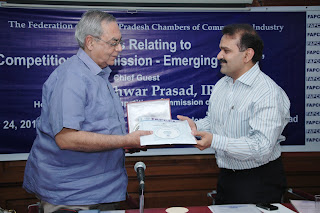 In light of the above trend the government decided to enact a new law for bringing conducive competition into Indian markets under the Competition Act 2002. The provision of the competition Act relating to anti competitive market agreements and abuse of dominant position have been brought into force w.e.f. 20thMay, 2009.
Posted by Venkat at Tuesday, January 25, 2011