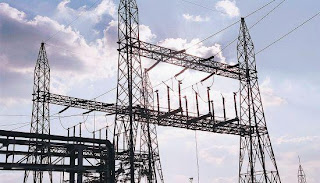 A coordination committee consisting of Mr. V.S. Raju, President, Mr. Srirama Murthy, Chairman, Industrial Development Committee, Mr. V. Anil Reddy, Chairman, Energy Committee, Mr. M.V. Rajeshwara Rao, Secretary General and Mr. Akheel, Secretary, Federation of IALAS called on Dr. Jawahar Reddy, Secretary to Chief Minister and represented to him the serious problems industry has been facing on account of power cuts. Though power cuts are reduced from two days to one day, there are still power cuts during peak hours of 6.30 pm to 10.30 pm and impressed upon him that lakhs of micro & small industries (MSMEs) are on the verge of becoming sick due to power cuts. They face the problem of defaulting loan installments to banks. The medium & large industries are incurring huge losses due to loss of production and customer dissatisfaction.

Dr. Jawahar Reddy requested Mr. Ajay Jain, CMD, APTRANSCO to brief the delegation members the prevailing power situation. Mr. Jain told that they have already reduced the power cuts from two days to one day, but power cuts during the peak hours of 6.30 pm to 10.30 pm will continue. But the representatives told the officials that the MSMEs cannot afford to have these peak hour power cuts as many of them operate in two shifts and peak hour power cuts drastically reduce their operating hours hence suffer huge production losses. They, therefore, requested the officials to remove these power cuts altogether by careful micro management of the available power cuts during peak hours could be removed.

The delegation members also told that some of the large & medium industries cannot function with 70% power limit. There are continuous process industries which require not only full quota of power to operate but also cannot withstand intermittent power cuts and hence there is a need to consider their difficulties. Later in the day on detailed discussions and careful review of the power availability situation to the satisfaction of the delegation members, Mr. Ajay Jain, CMD, APTRANSCO and Mr. Annatha Ramu, CMD, CPDCL have decided to withdraw peak hour power cuts between 6.30 pm to 10.30 pm for the industrial development areas in and around Hyderabad. This relief is given with immediate effect from today and shall be in effect provided no unexpected breakdown of power plants takes place till February end.

As far as power supply in March and April months is concerned, the demand –supply position will be reviewed after few weeks and appropriate reliefs may be given then. The DISCOMES are also planning to buy expensive power and supply to large & medium industries who would be willing to buy and who have dedicated/express feeders.