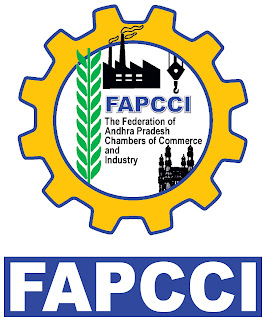 We are one of the oldest Chambers in the country with a 97 year history of serving the needs of industry and trade.

Currently industrial sector is in doldrums and being squeezed from all sides. We request you to consider a reduction in interest rates as that is one of the major pain points for the industry.

Interest in Industrial Production:
The Interest Rates in India have been very high for the last two years. This has had a very negative impact on the industrial activity in India. The IIP Nos are trending towards ‘0’. In a developing country like India any IIP Nos less than 5% is disastrous. Less than 2% (which is population growth) should have been treated as an emergency situation. However, we find that the policy action both from the Government and the RBI seems to be indifferent. A rough back of the envelope calculation shows that in order to reach where China is today in the next 15 years, we require an industrial growth in excess of 10%. One reason why manufacturing decline is not hurting the entire economy is due to very low (16%) contribution to the economy, and this is how becoming lower. Any long term growth projection for an economy of India’s nature will require a contribution from manufacturing of over 20%, anything less than this will be unsustainable both in terms of employment and viability of the economy.

The only other contributor to the Inflation in today’s situation is the huge Fiscal Deficit run by both the State and Central Governments contributing to inflation. The deficit is increasing due to welfare schemes of the Government. These are having bigger ripple affects on the wages than was envisaged when the policy was announced. Thus industry is being squeezed at both ends and facing enormous hardship. Lower interest rates will bring down some of the Government expenditure in the form of interest.

Interest and External Sector:
The interest rate differential between India and rest of the world is at a historical high.  With the libor at less than one and prime rate in India at around 14%, I cannot remember any time when this differential was at 13% for a sustained period of time. This interest rate differential is putting our companies at a big competitive disadvantage and making it impossible for the capital intensive industrial sectors to compete with the rest of the world. Thus indirectly the high interest rates are also one of the reasons for our high Current Account Deficit.

Request:
Given the above situation there is an urgent imperative for the RBI to reduce interest rates not by a token of 25% basis point or 50% basis point but by a 200% basis point. This will have an impact to stimulate the economy and reducing all the evils mentioned above.

Looking forward to your urgent action