India was ranked 11th highest trading partner of the U.S 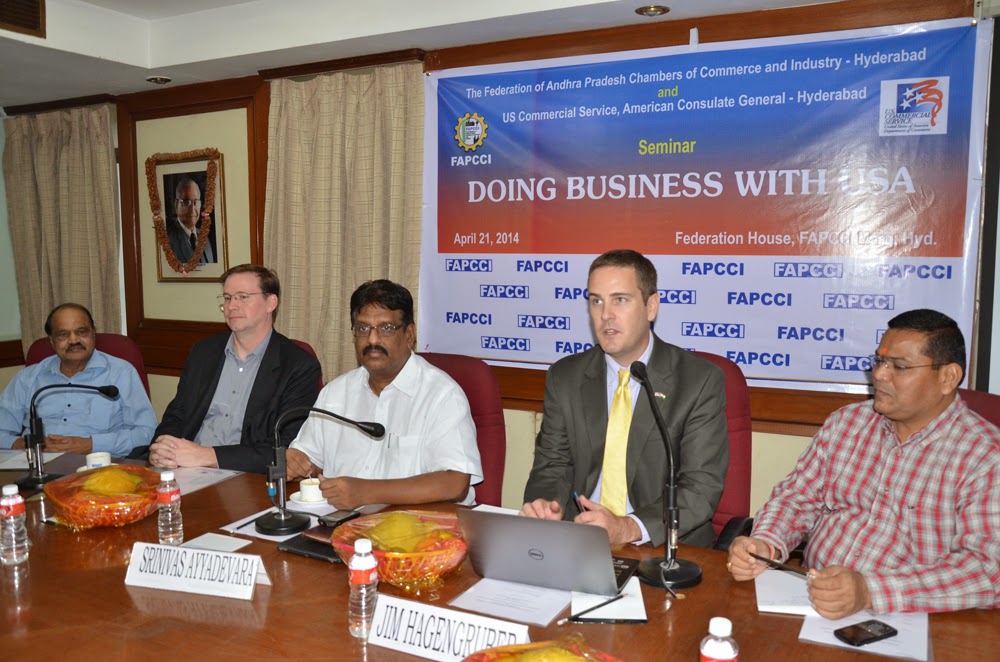 The Federation of Andhra Pradesh Chambers of Commerce and Industry (FAPCCI) in association with The US Commercial Service, American Consulate General, Hyderabad jointly organized business seminar on Seminar on “Doing Business with U.S.” today (April 21, 2014) at FAPCCI, Red Hills, Hyderabad.

In 2013, India was ranked 11th highest trading partner of the U.S., Trade between the U.S. and India is soon expected to cross the 100 billion U.S. dollar mark. India is the 8th fastest growing source of FDI into the United States and the total stock of FDI from India to the United States is $8.9 billion he said.

Between January 2003 and June 2013, 297 investment projects were announced by Indian firms in the United States. Software & IT Services received the largest amount of investment, with one-third of all announced projects.
Posted by Venkat at Tuesday, April 22, 2014