Invest in Israel – Where breakthrough’s happen 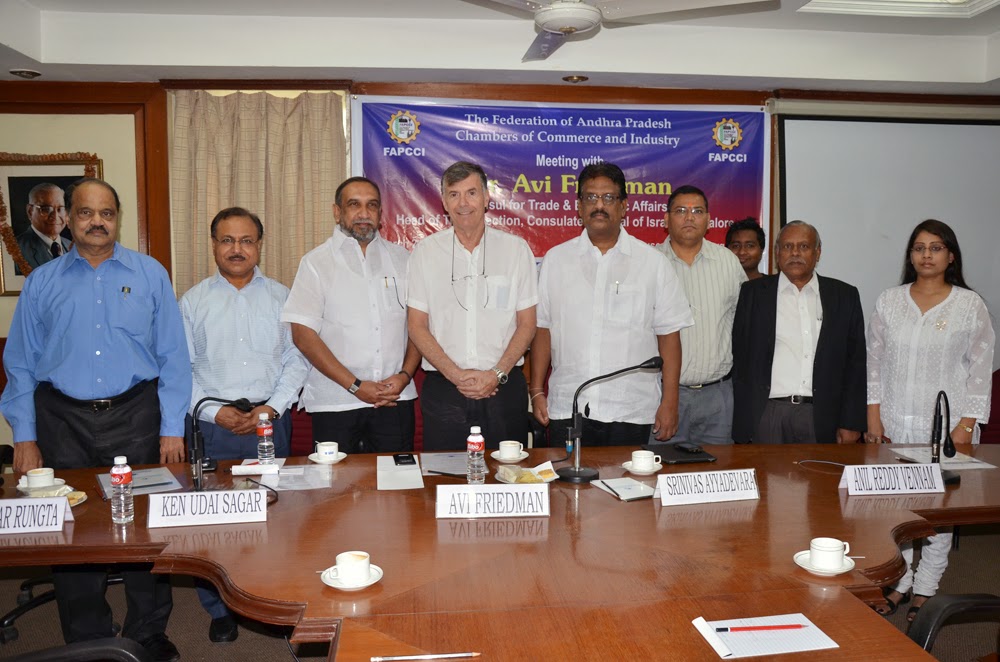 Mr. Avi Friedman, Consul for Trade & Economic Affairs, Head of Trade Section, Consulate General of Israel, Bangalore invited investments to invest in Israel. He said that the ‘invest in Israel – where breakthrough’s happens. Israel is ranked third place in entrepreneurship development across the world. Israel changes the face of agriculture in the world.  Eco systems, innovation technology and thoughts support Israel to grow as global leader. Entrepreneurs have investment opportunities in Israel in water treatment & technology, agriculture, bio, space, medical, cyber, education, pharmacy and many sectors he said.

Mr. Srinivas Ayyadevara, President, FAPCCI said that the India and Israel especially Andhra Pradesh offer substantial opportunities and we can cooperate each other in the field of agriculture, food-processing, biotech, aerospace and other similar sectors, by adopting new/latest technology.   There is a need to launch a new initiative to reach out to the business community and public in large to spread awareness about Israel and help strengthening ties with India, especially in the fields of trade, tourism and technology.

Media Release by: Adventura (A Kushmanv Group)
Posted by Venkat at Saturday, April 05, 2014