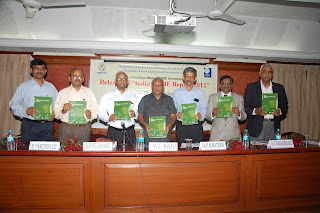 Speakers at an MSME Meet at Hyderabad, demanded greater attention for the sector under the forthcoming 12th Five Year Plan. The previous Plans have not given due emphasis on revitalization of the sector, against the new challenges of globalization. This should not be repeated, they said. 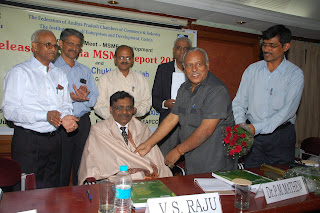 Mr. Chukka Kondaiah said that the SME is the back bone for any national economy. 90% of SMEs accounts for 60 – 70% GDP were recorded in major and many countries.

• Need for upgradation of technical skills: A few million

• Requirement of skill/technical training to a large number

• Need for development of technical institutions with practical orientation 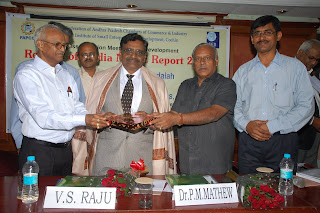 Mr. V.S. Raju, President, FAPCCI said in his welcome address is that the World over, the Micro, Small and Medium Enterprises shortly known as MSMEs have been recognized as engines of economic growth. In India, MSMEs are the second largest source of employment after agriculture. They account for almost 40 percent of industrial production, 95 percent of the industrial units, 34 percent of the exports and manufacture over 6000 products. It is estimated that to create one job in the MSME sector, only Rs.72, 000 is required as against Rs.5.5 lakh required in the large organized sector.

In the scenario of global recession the roles of MSMEs assume significance. It is estimated that to achieve the target of 10 percent growth during 2011, the MSME sector needs to grow at 12%. However, if we compare the growth of MSMEs in India with those in the neighboring countries in South East Asia like Japan and China, it is found that we lag far behind. There are some major hurdles which do not allow this sector to flourish as desired.

The first major hurdle for this sector is the low credit availability. It is estimated that the unorganized sector comprises 95% of the total industrial units employing more than 65 million people. Yet, only 8% of the total bank credit finds its way into this sector. Though credit to MSMEs fall under the category of priority sector lending, lending to other sectors such as home loans, education loans etc., the percentage share of credit to MSMEs is falling. This is a dangerous situation and should be rectified immediately.

The second major hurdle is lack of technological innovation and knowledge of market demands. Most of the household units still work on obsolete technology because of which not only the cost of production is high but the product also fails to meet market demand in terms of quality and appearance. Because of liberalization the MSMEs are facing stiff competition from imports and therefore need technological up gradation said the FAPCCI’s President Mr. V.S. Raju. 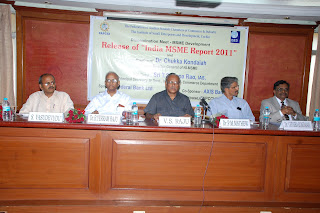 This innovative nation-wide programme of contacting micro small and medium enterprises at their location around the country was opened at Hyderabad. The programme designed and implemented by Institute of Small Enterprises and Development Cochin, covering over 20 MSME dominant centers of the country, will take place on a series until the first week of October this year.

The annual series, with Federal Bank as its key National Partner, is part of a wide national programme, with the Union Ministry of MSME, and various national and international partners.

The event at Hyderabad organized jointly with the State Department of Industries and Commerce, and the Federation of Andhra Pradesh Chambers of Commerce and Industry.