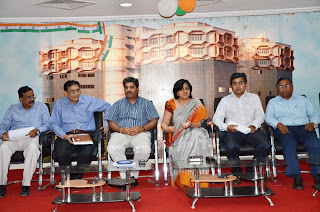 Commissioner of Income Tax- TDS, Ms. Subhashree Anantkrishnan, IRS., in her opening remarks stated that due to Mismatch of data many grievances are occurring, hence every care should be taken while uploading TDS returns. She further clarified that due to transitional period of CPC Site, the department is unable to reconcile but however, once it becomes fully operational, the non- legal issues could be resolved much faster and she assured that she will appraise the higher authority about large number of rectifiable and avoidable issues in the National Level Meeting scheduled in the month of February, 2013. 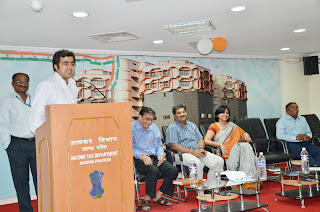 Mr. T. Diwakar Prasad, IRS., Addl. Commissioner of Income Tax has stated that Assessees can approach Jurisdictional Assessing Officers with their issues and can sort out the problems at the earliest.

In this Open Forum, nearly 50 Petitions and Issues were taken up and one by one briefly discussed and were placed on record for resolution of grievances. The Officers including Smt. Indira Addakil, Ms. B.K. Vishnu Priya, Mr. Jaykumar V. Menon, Asst. Commissioners of Income Tax, Mr. V. Swayam Prakash, Dy. Commissioner of Income Tax, Mr. Alphonse Absolom, Income Tax Officer (H. Qrs) have responded to these petitions and queries. 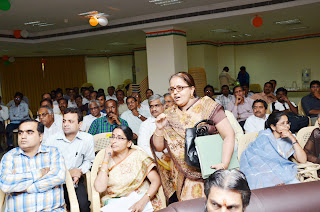 FAPCCI thanked the department for initiating this unique programme and in turn the department has confirmed that the next meeting will be held on 8th March, 2013. Grievances along with supporting documents relating to TDS shall reach FAPCCI Office on or before 28th February, 2013.
Posted by Venkat at Saturday, February 02, 2013