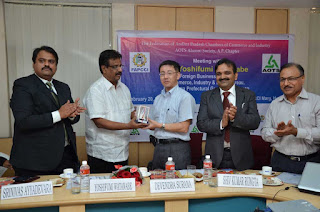 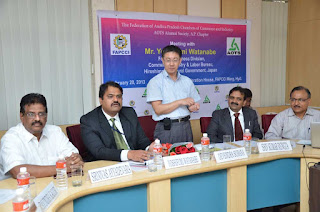 Mr. Yoshifumi Watanabe stated that the India and Japan bilateral trade was $17.8 billion was reached in 2011 and is targeted to grow to $25 billion by 2014.  The India Japan CEPA which came in force from August, 2011 assumes major significance, as it provides increased access to each other’s market for goods by eliminating tariff. Foreign direct investment from Japan to India between April 2000 and April 2012 was $ 12.3 billion - putting Japan in fourth place after Mauritius, Singapore and Britain.