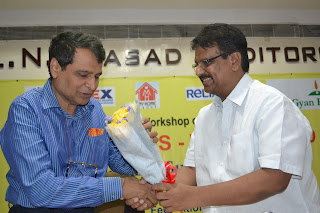 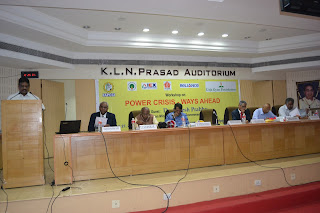 Sri P. Ramesh, IAS., has explained that power shortage in the state will be solved by December 2013 with the connectivity of eastern grid and another 2500 MW will be added by2014 by which he expressed the hope that the power problem will be solved. 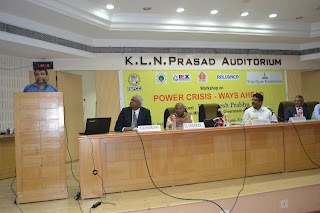 Sri Srinivas Ayyadevara, Sr. Vice President, FAPCCI  expressed concern over the present power situation  in Andhra Pradesh state. He said that industry should be supplied with un interrupted quality power and measures should be taken to this extent. 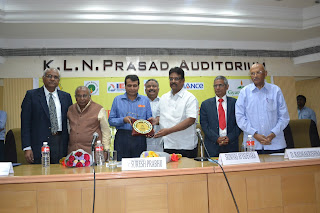 Sri D. Radhakrishna, Chairman, Urja Gyan Foundation spoke on the regulatory procedures and felt that the consumers should be given open access without any restrictions and should have a choice to choose their sellers.

Sri T.L.Shankar said that the electricity act must passed in 2003 to bring competitiveness into the sector there by reducing the losses suffered by electricity boards and improve efficiency in the sector. The regulatory commissions were formulated to determine the tariff break  based on cost of production and to remove Govt interference in the determination of same but he said   that unfortunately the regulatory commissions are not functioning has an independent regulators.

Dr. Suresh Prabhu said that lack of co-ordination and inefficient performance on the root cause of the present power crisis in the country. He opined that instead of importing huge amounts of coal from Indonesia and Australia if the Government take measures to utilize  the installed capacity of power by supplying indigenous coal and gas and connecting the northern, eastern and southern grids the power problem can be solved. Harnessing of renewable energy  namely wind and solar and biomass energy is the permanent solution for shortage of power. De- centralization of distribution and transmission of power  can go along way in reducing the distribution and transmission losses which is proved to be very expensive for a country like India.