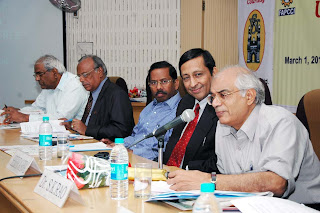 The Federation of Andhra Pradesh Chambers of Commerce and Industry (FAPCCI) with knowledge partner of Ernst and Young has conducted a meeting on Union Budget 2011 impact on Industry and Trade on 1st March, 2011 at 4:30pm at FAPCCI.

Mr. Shekhar Agarwal, President, FAPCCI in his welcome address stated that there was a robust credit flow in 2010-2011, but a marginal decline in 2011 – 2012 due to steady increase in lending rates. Priority sector lending has received a boost as their will be lower lending rates to borrowers. Interest on Agriculture loans, subvention upto 3% will increase availability of funds at cheaper rates. 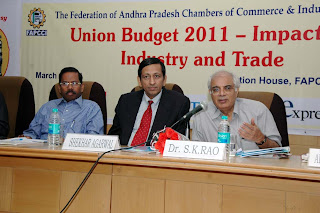 Mr. Abhay Kumar Jain, Chairman, Direct Taxes committee of FAPCCI stated that the Union Budget has great impact on the Economic Growth of the Country which in turn will have impact of Trade, Commerce, Industry, Banking, Capital Markets and other sectors of the Economy. So the stakeholders are interested to analyse the impact of such budget on the economy and various sectors.

Dr. S.K. Rao, Director General, Administrative Staff College of India, in his address stated that the budget for 2011-12 has been a good balancing act by the FM, as he was facing the daunting task of stimulating the economy, keeping the inflationary expectations under check and at the same time boosting public finances. 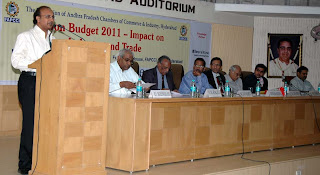 The budget was relatively silent on the big-bang reform process, especially on FDI in retail and insurance and reduction in government subsidies. The fiscal deficit at 4.6% might look attractive, but getting into the details reveal that the budgeted subsidy amount seems to be abysmally low in light of the fact that fuel, food and fertiliser inflation remains elevated on account of soaring global prices.

He further stated that the budget has set the ground for rolling out of the Goods and Service Tax (GST) that shows the commitment of the government. 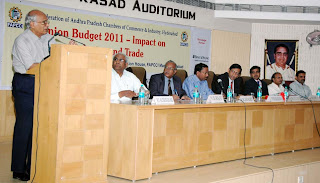 Mr. Jagadeeshwar Rao, President, Association of National Stock Exchange Member in his address stated that the budget is positive for equity as well as bond markets. Mutual Funds being allowed to raise money in equities from foreign investors directly are a big plus. This will allow investors across the globe to invest in Indian mutual funds and help bring money into the economy. The Budget 2011-12, though it did not have many significant direct measures for the Capital Goods sector, it sent a positive signal with regards to the continued impetus being provided to the Infrastructure and Power Sector of the country.