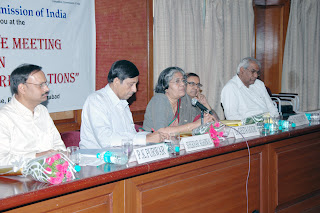 The Competition Commission of India organized an interactive meeting with various stakeholders in Hyderabad today. The meeting was chaired by Dr. Geeta Gouri, a member of the Commission which was attended by a large number of industry representatives, legal firms connected with the subject and representatives from the Company Secretaries of India and other accounting Institutes. CCI has organized such meetings earlier in Delhi, Bangalore and Mumbai also. 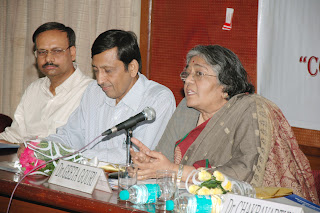 The Central Government has issued certain notifications on March 4 making the provisions of the Competition Act relating to combinations enforceable w.e.f. 1st June 2011. While issuing such notifications, some of the concerns of the industry were addressed by way of increasing the prescribed threshold limits by 50% and providing exemptions to smaller transactions from the applicability of the provisions of Act. The Industry had openly shared some of their concerns relating to the process of implementation, which is regulated by the Commission by way of notifying Regulations. Though the Commission had posted Draft Regulations on its website seeking comments, to widen the scope of the consultative process further, the Commission has taken steps to organize such consultative meetings in major cities. Industry has welcomed this proactive step of the Commission. 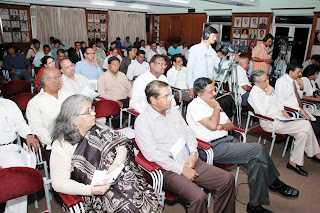 The officers of the Commission took note of the comments/suggestions made by various stakeholders and the Member present assured the participants that all their suggestions will be considered with open mind in the next meeting of the Commission scheduled on 29th May. It was further assured that the Commission would examine only a few such complex cases in details which could have appreciable adverse effect on competition and the rest will disposed off very quickly by the Commission. 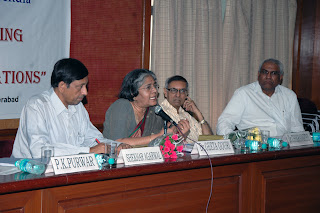