FAPCCI Stands for Economic Progress & Growth in the State 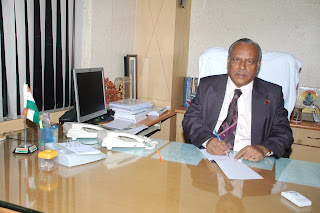 The FAPCCI, the Federation of Andhra Pradesh Chambers of Commerce and Industry, is an apolitical organization and its avowed policy has always been to stay away from political affiliations or alliances, obstruction to right to work, and bundh calls. The FAPCCI remains committed to its objective of promotion of generation of jobs and industrial, commercial and economic progress and growth in the State.

It is understood that a bundh call is issued to the industry to observe bundh on Monday and Tuesday; FAPCCI opposes the bundh call.

FAPCCI has always opposed the bundhs of any nature. The larger body of our membership, the industry, trade and commerce is well aware that FAPCCI always advocated against the bundhs. Several times FAPCCI appealed to all concerned and also to political parties that no disturbance or obstruction to industrial and economic activity or stoppage of work in industries and commercial establishments should be caused whenever bundh were called as such obstruction or stoppage would entail heavy loss of jobs and hardships to employees, in particular and people in general; enormous loss of production; dislocation of supply chain; and loss of investors’ confidence.

FAPCCI hereby appeals to all that the industrial and economic activity should be allowed to function without let or hindrance and that the precious jobs, both short term and long term, are saved.