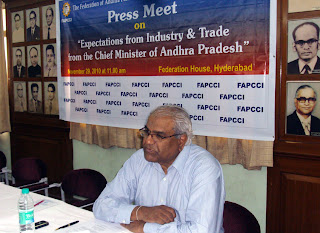 The Federation of Andhra Pradesh Chamber of Commerce (FAPCCI) is organized a Press Meet on “Expectations from Industry & Trade from the Chief Minister of AP” at Surana Udyog Auditorium, Federation House, FAPCCI, Red Hills, Lakdi-Ka-Pul, Hyderabad.

The FAPCCI demanding Industrial Board and Special Chief Secretary for good governence and handle many industrial problems and opportunities of Andhra Pradesh.

Mr. M.V. Rajeshwara Rao, Secretary General, FAPCCI discussed many issues with the media persons related to the industry, and he demanded Rs. 1500/- crore budget to allocate to the industrial development and increase which would provide employment to 5,00,000 persons all over the state. 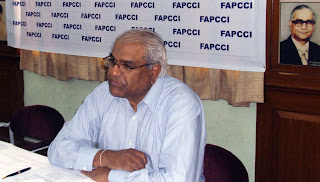