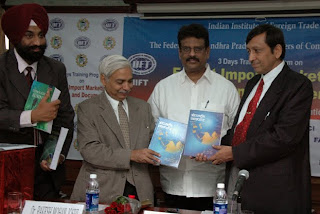 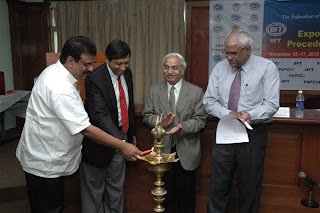 Dr. Rakesh Mohan Joshi said in his speech that the cultural globalization in India is very strong. India has strong in intellectual, trade, political and administrative classes, so overall development in India settled at nearly 9% to 10% GDP rate on globalization, but the US have only 2%. 200 years ago in a Moghal emperor’s time Indian trade was very strong and the present situation Indian trade has been developed equivalent to that off Moghal emperor’s time. 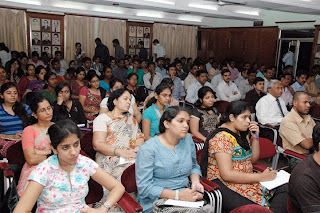 Mr. Shekhar Agarwal said in his welcome address that the Ministry of Commerce and Industry’s target for achieving exports of $200 billion by the end of this financial year can easily be achieved. Exports in September stood at $103 billion as against $81billion in the previous year, showing an average growth of 27.6%.” 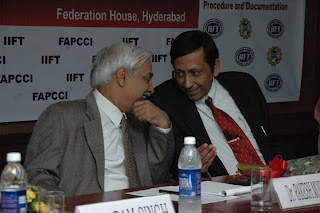 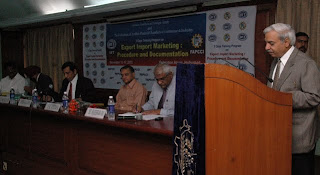 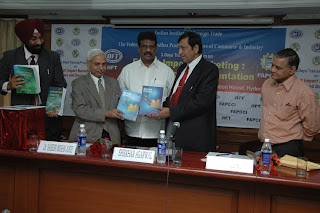 Mr. M.V. Rajeshwara Rao welcomed the guests and felt that it was an honor that the training program had an eminent personality Dr. Rakesh Mohan Joshi to inaugurate the program.