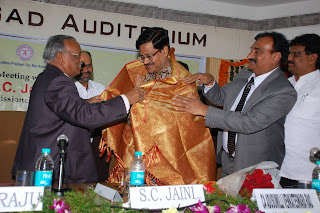 The FAPCCI in association with A.P. Tax Bar Association and Hyderabad Branch of SIRC and ICAI felicitated to Mr S. C. Jaini, IRS, Chief Commissioner of Income Tax A.P. – I on 27th August, 2011 at 6pm at K.L.N. Prasad Auditorium, FAPCCI, as he was elevated as member of Central Board of Direct Taxes (CBDT). 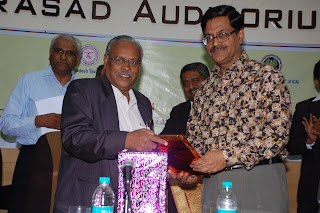 Mr S. C. Jaini, IRS, expressed his happiness and thanks to the organizers.

Mr. Jaini said tax evasion was not something a nation could be proud of and that India was still a poor country with islands of prosperity.

Poverty, economic disparity and social tensions could not be ignored and while the middle classes were growing, it was time to think of harsh realities, he told a gathering at the FAPCCI. Regarding the manner in which rich people flaunted their wealth, he said ‘the display of wealth was not in our civilisation' and that it created more anger.

Appreciating the increasing levels of voluntary compliance in the country, he said the relatively-low rates of taxes had motivated more and more people to voluntarily pay up direct taxes. He recalled that in the 70s, as a young Income Tax Officer the direct tax collected was a mere Rs.113 crore, compared to a whopping Rs.30,000 crore now, indicated how much the tax base had widened. He said he understood that there were administrative and enforcement problems and said persuasion was surely more effective than cracking the whip all the time. 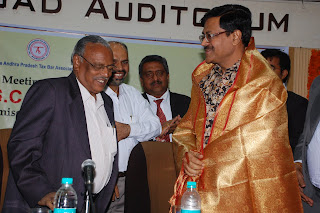 Mr Abhay Kumar Jain, Chairman, Direct Taxes Committee, FAPCCI in his introductory remarks stated that grievance resolution mechanism should be strengthened for better compliance. He further pointed out that the stay petitions are not acted upon and grant of stays particularly in respect of disputed taxes at least till disposal of first appeals.

The meeting ended with a Vote of Thanks by CA. Adusumilli Venkateswara Rao, Chairman, Hyderabad Branch of SIRC of ICAI.