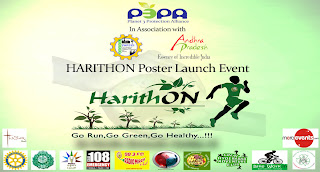 The Planet 3 Protection Alliance in association with The Federation of Andhra Pradesh Chambers of Commerce & Industry (FAPCCI) & The Department of Tourism, Government of Andhra Pradesh jointly organized a Poster launching program on forthcoming Eco Run “HarithOn” on 17th December 2011 at Surana Udyog Auditorium, Red Hills, Hyderabad. Mr. Jayesh Ranjan, Secretary, Dept. of Tourism, Govt of AP was the chief guest for the occasion. 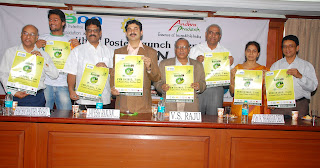 Mr. Jayesh Ranjan in his keynote address said that the Environment is just like window to the soul of Mother Earth and our humans should protect the Mother Earth. He also said that the youth play an important role in the society. Due to the usage of non degradable material such a plastic there is serious threat to the living of human beings and other species. He requests the students, government, non government and NGO organizations to participate in forthcoming eco run “HarithOn” will takes place on 19th February 2012.

Mr. V.S. Raju said that we are all connected and we make little footprints on this world for a big impact. We cannot change the world by ourselves, but together we can do a lot! So I am happy we made some impact today. We don’t have to struggle to make this world a better place. We can connect our energy, have fun and with that we can help others. It’s easier than we think!.