Industry lost over Rs. 12,000 crore worth production in the last two months due to power cuts 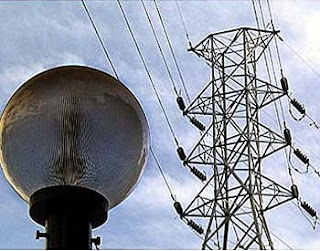 Mr Surana explained that the Industry has been having two days power cut in a week in addition to 4 hours daily power cut, and that the power cut to Industry amounts to 40 percent as against the energy shortage of only 10 percent. Mr Surana pointed out whether such a highly inequitable power cut imposed on the industry is justifiable. He further pointed out that the Industry is losing Rs. 800 cr on every day of power cut and in this way every week the industry loses nearly Rs. 2400 cr every week. He also stated that the State lost tax revenue to the tune of Rs. 1,400 cr in the last two months due to loss of production caused by power cuts. He even suggested that government could buy high cost power even with the amount lost in this way and make good more than it lost due to power shortages. Mr. Surana further stated that the worst affected sector in the industry is the SSI sector which is quite vulnerable and suffers heavily whenever power cuts are imposed. He appealed that the SSI sector should be given some consideration and that the power cut to SSI sector be reduced. Being labor-intensive it is affected by severe loss of jobs, creating industrial and human relations problems. The minister requested the CMD, TRANSCO whether SSI can be give due consideration and reduce power cuts to it.

Mr. Jain explained that two power plants are down and the supply has become quite critical to meet the rising demand. He expects that the power cut will be reduced to one day from December 20. To meet the power shortage in January to May 2012, Mr Jain informed that about 400 MW will be purchased from the within the Southern Region and another 400 MW may be made available from gas based power plants in the State by supplying them RLNG purchased from international market provided APERC gives approval to its proposal to make such purchases and can meet the power shortage to some extent in January – May, 2012 period