Sunlight is one of India’s National Resources 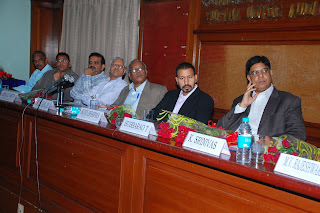 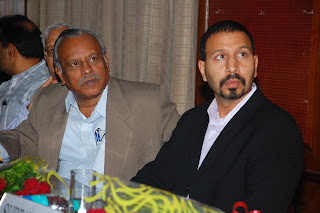 Mr. Suvi Sharma in his inaugural said that the Sunlight is one of India’s National Resources. Better than US, Spain and Germany. India’s solar industry growing rapidly, averaging 65% with compound annual growth rate for the past 5 years. Solar industry generating employment opportunities’ in very fast and its growth rate a ten times faster than the rest of the countries.

Mr. Sharma also stated that India’s energy consumption has been increasing at one of the fastest rates in the world due to population growth and economic development. Primary commercial energy demand grew at the rate of six per cent between 1981 and 2001. India ranks fifth in the world in terms of primary energy consumption, accounting for about 3.5% of the world commercial energy demand in the year 2003. Despite the overall increase in energy demand, per capita energy consumption in India is still very low compared to other developing countries. India is well-endowed with both exhaustible and renewable energy resources. Coal, oil, and natural gas are the three primary commercial energy sources. India’s energy policy, till the end of the 1980s, was mainly based on availability of indigenous resources. Coal was by far the largest source of energy. However, India’s primary energy mix has been changing over a period of time. Renewable energy sources offer viable option to address the energy security concerns of a country. Today, India has one of the highest potentials for the effective use of renewable energy. India is the world’s fifth largest producer of wind power after Denmark, Germany, Spain, and the USA. There is a significant potential in India for generation of power from renewable energy sources, small hydro, biomass, and solar energy. The country has an estimated SHP (small-hydro power) potential of about 15 000 MW. Other renewable energy technologies, including solar photovoltaic, solar thermal, small hydro, and biomass power are also spreading. Greater reliance on renewable energy sources offers enormous economic, social, and environmental benefits.

Mr. V.S. Raju said that the India has great potential in solar power."About 5,000 trillion kWh per year of energy is over India's land area." From an energy security perspective, solar is the most secure. "The objective of the National Solar Mission is to establish India as a global leader in solar energy."India is particularly well positioned to reap the advantages of solar power, which is clean, free, forever and everywhere."

Mr. V. Anil Reddy in his introductory remarks said that India has the potential to become a solar superpower. It has a lot going for it. On average, the country has 300-320 sunny days a year. The average solar insolation in a city like Mumbai is about twice that in New York, Berlin or Tokyo. On the other hand, a huge shortage of power exists. According to the Central Electricity Authority, there is a 10% to 12% power shortage in the country. Power cuts in urban areas go on for hours. They are longer in rural areas, where large parts aren't even electrified.