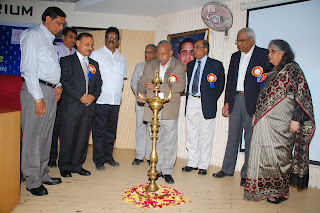 The Federation of Andhra Pradesh Chambers of Commerce & Industry in association with Matrusri Institute of Post Graduate Studies organized a Seminar on “Emerging Trends in Banking and Insurance” on 5th March 2012 at Surana Udyog Auditorium, Red Hills, Hyderabad. Mr. Radhakrishnan Nair, Member, IRDA was the chief guest for this occasion. 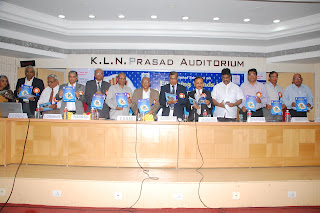 Mr. Radhakrishnan Nair said in his key note address is that the Banks over the years have become a significant aspect of an economy. With the ongoing financial depression, the position of banks have become all the more important in the course of working of the money market and hence the economy of a nation. The banking sectors forming apportion of the financial sector primarily works as a financial intermediary generating money supply. From the different macro economic models, banks have been found to be a part of the supply side of the economy. However, over time banks have transformed from merely money generating organizations to a multi tasking entity.

He also said that In India, as in many developing countries, the commercial banking sector has been the dominant element in the country’s financial system. The sector has performed the key functions of providing liquidity and payment services to the real sector and has accounted for the Bulk of the financial intermediation process. Besides institutionalizing savings, the banking sector has contributed to the process of economic development by serving as a major source of credit to households, government, and business and to weaker sectors of the economy like village and small scale industries and agriculture. Over the years, over 30-40% of gross household savings, have been in the form of bank deposits and around 60% of the assets of all financial institutions accounted for by commercial banks.

Mr. V.S Raju said that the need for Financial Literacy is felt in all the countries alike. In developed countries the increasing number and complexity of financial products, the continuing shift in responsibility by governments on providing social security and avenues to provide individual retirement plans makes it imperative to step up financial literacy. In addition, the substantial growth of international transaction during the last decade, resulting from new technologies and growing international mobility of individuals, makes the improvement of Financial Literacy, increasingly an international concern. From a regulatory perspective, this attempt empowers the common person, reduces the burden of protecting the common person from the elements of market failure attributable to information asymmetries. The emphasis of market discipline, as one of the three pillars of banking regulation, especially under Basel II, is best served by participation of Financially Literate Bank Customers in the financial markets. Financial Literacy makes a different in quality of life that an individual can afford, but also regulates integrity and quality of markets. Educated customers, can benefit the economy, encourage genuine competition, forcing service providers to innovate and improve their efficiency levels.