Finance Minister falls short of expectations from the Industry 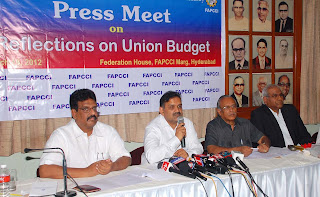 Today’s budget presented by Sri Pranab Mukherjee, Finance Minister falls short of expectations from the Industry and common man. Industry expected a major push to the growth and stimulus to the investment. Though measures like Rs. 60,000 crores tax free bonds for infrastructure is a good measure but these bonds have to be subscribed by the banks, corporate and retail investors. Already corporate taxes this year have come down in view of lower profits. It is uncertain that in 2012-13 more funds would be available to subscribe to the Bonds.

Similar is the case with the retail investors as they have not got income tax benefit by increasing income tax exemption threshold limits. The ECB route is a welcome move. This will provide funds for investments. But if there is increase in ECB, there is a danger of rupee value coming down which will further put pressure on economy.

As far as power sector is concerned, exemption of import duty on import of coal will in short term provide relief to the power sector. But in long term increased power generation and power distribution requires measures which were not provided for in the budget. Other situation which is bothering the power sector is transmission and distribution, which should have been given more filip and exemptions for investments. Increasing investments in capital assets for transmission and distribution is the urgent need of the hour. The Southern grid is suffering from corridor constraints. 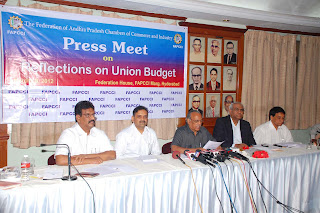 A good boost is given to textile industry. Some import concessions have been given to fertilizer industry.

To help aviation industry ECB investments facility is given. To make India a hub for aircraft Maintenance, Repair and Overhauling (MRO) the Finance Minister has given several import duty concessions and ECB funding.

As far as taming inflation in the coming year is concerned, there are concerns as the increase in the Excise Duty and Service tax by 2 percent points will trigger inflation combined with the inflation coming from the oil imports. Further, the market borrowings of Rs. 4.79 lakh crores by the government would crowd the market and availability of funds for private investment will be less.

There are welcome features like limiting subsidies to 2% and to 1.75% in future. It is a good measure to control subsidies.

For retails investors, investment in equity likes Rajiv Gandhi Equity Scheme and reduction of STT by 20% and allowing E.C.B. is a good step for capital markets.

Overall this budget is not a growth-oriented budget to the extent expected by the Industry.