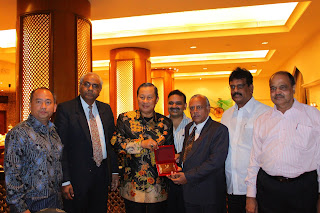 Mr. V.S. Raju said in his key note address is that the Indonesia is our second largest export market in ASEAN (after Singapore) and one of our leading export destinations among developing countries. Economic relations between India and Indonesia go back to ancient times, contributing to the historical and civilization affinities between the two countries. Bilateral relations took off after India launched its Look East policy in 1993 and since then, India’s relationship with the ASEAN and its bilateral engagement with Indonesia have assumed a mutually reinforcing character. The strategic component of their bilateral relationship with emphasis on building regional peace and security has further created a common ground between the two countries. 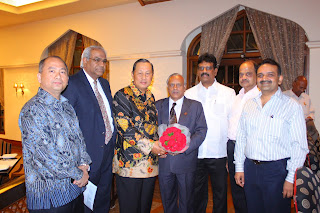 Indian business leadership developed economic ties with Indonesia since the 1970s. Current Indian investments into Indonesia are estimated at US$ 2 billion. The proposal to negotiate an economic agreement with Indonesia (formally, ‘India – Indonesia Comprehensive Economic Cooperation Agreement) has the potential to advance Asian economic cooperation, while expanding the economic and strategic space for both countries. The bilateral relationship between India and Indonesia are governed by an almost perfect convergence of interests, which is ideal for negotiating an economic partnership. However, despite this convergence the reality of the India – Indonesia relationship is that it is yet to live up to its potential.