Bilateral merchandise trade between Canada and India in 2010 is C$4.2 billion 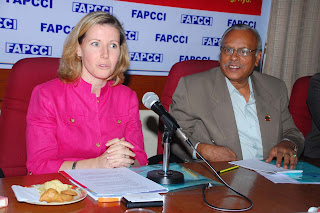 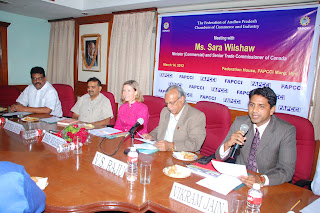 Ms. Sara Wilshaw said in his key note address is that the India is a vital trade partner for Canada. Canada’s commerce strategy for India involves the coordination of efforts by Canada's missions in India, federal government departments, provinces, and the private sector. This strategy has defined priority sectors to increase two-way trade, investment and technology partnerships. These priority sectors include: education, clean technologies like renewable energy etc and information and communications technology and infrastructure. 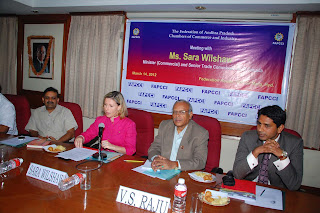 Canada and India signed a Canada-India Agreement for Scientific and Technological Cooperation in November 2005 to foster greater bilateral Science & Technology collaboration in five priority areas like nano-science and nano-medicine; information and communications technology; biotechnology, health research and medical devices; sustainable and alternative energy and environmental technologies; and earth sciences and disaster management. From 2005 to 2010, joint funding from Canada and India for S&T collaboration is C$13.5 million Ms. Sara Wilshaw said. 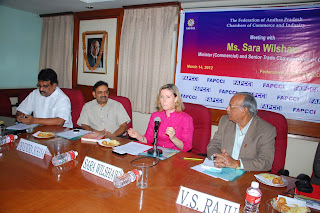 Mr. V.S. Raju said that the Comprehensive Economic Partnership Agreement (CEPA) will be finalized by 2013 and trade between both the countries is set to touch $15 billion by 2015. The proposed CEPA between India and Canada will further the trade and would provide a considerable boost to the trade and investment flows between the two countries. The Industry and Trade thank the Govt. of Canada for opening its Trade Office in Hyderabad, for giving special impetus in improving the business with Andhra Pradesh.